By Bodo1215 October 05, 2019
Hello everyone, hope you're all doing well. We have some exciting news for all of you! We're proud to announce the release of Arcadia! This was a si- wait a minute, haven't we already released Arcadia back in April of 2018?

A bit of history: we released Arcadia back then as an entry to NaNoRenO some time back. Sometime after release we announced work on what we called a "Beauty Patch," in which we said we're gonna add in the bells and whistles to make this jazz cafe simulator into a full-fledged VN.

And patch the beauty we did! We are finally releasing what we'd like to call the snazzy D E F I N I T I V E version of Arcadia.
This version includes:

As well as grammatical fixes. We're pretty proud of this one!

What's also new is our new platform we'll be releasing Arcadia on: Steam!

That's right, you can now sit back and relax with the people of Arcady Jazz Club in a tale of friendship, love and jazz on the game platform of the future. We're also going to open our Steam page, so any future releases we do can be found on there as well!


So boot up your navcomps and dust your saxophones--Arcadia comes out (again) on October 31st, 2019. 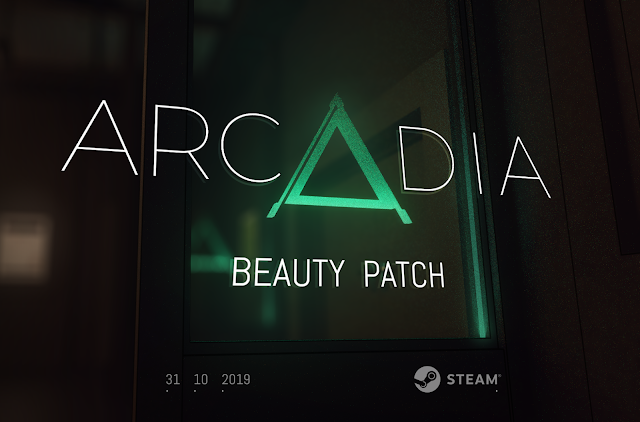