What Could Have Been

Hey everyone! Hamadyne here, with some fun and exciting Missing Stars history for you.

Some of you might already know this, but our current cast wasn't set in stone from the get-go. At one point, we had upwards of thirty character concepts to choose from, which made selecting them pretty tough. We had a lot of fun ideas but it all came down to a vote. Today, I'll go over some of the more popular characters that didn't make the cut!

First up is one of my favorites, Agatha Schulz-Rhine. 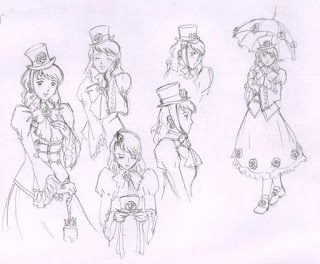 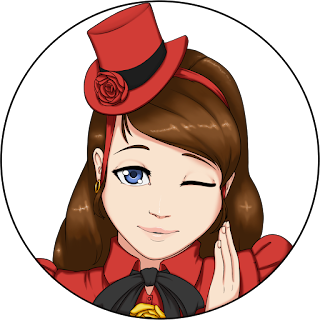 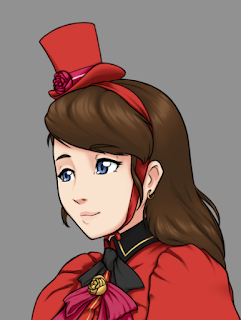 Early on, we had a lot of fun discussions about Phineas Gage and his radical personality change, and very nearly decided to explore that idea with Agatha. Once an extremely rebellious teenager, Agatha's life was changed forever after a piece of metal impaled her skull. Her personality took a complete one-eighty, becoming a prim and polite young lady. Her route would have explored her previous life and how so radical a change affected her relationship with her friends and family.

We liked her concept, but ultimately felt we didn't have the collective experience needed with such a complex disorder to be part of Missing Stars. She also had a huge overlap with some of her mannerisms which evoked a certain blonde from Katawa Shoujo in a way we didn't like.

Downix, our editor, took a liking to Agatha and has written a more detailed take on her character concept. We're keeping her under wraps for now, but you might see more of her in other works!

Next up is another girl, Mathilde Aschner. 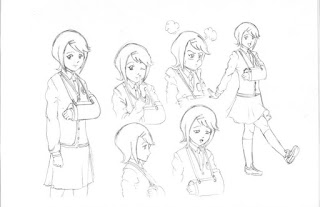 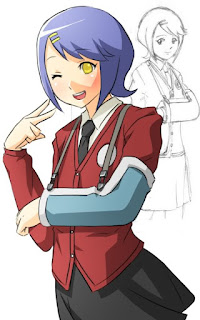 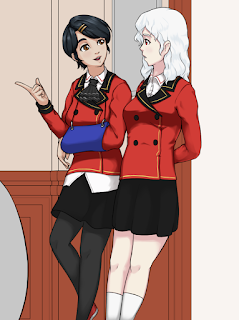 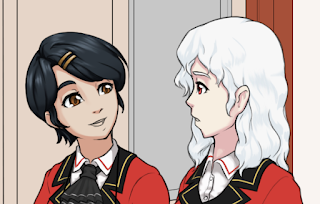 After suffering a traumatic accident, Mathilde lost function in her left arm. However, all of her nerves are healthy, her muscles work, and she didn't break anything. Her "injury" is all in her head. Mathilde's route would have explored coping with PTSD and understanding how to be supportive during a crisis.

If you think that sounds like another beloved Missing Stars character, you're correct! Conversion disorder is something that isn't well-documented yet, so at the time of her creation we didn't have much to go on. We felt that giving a girl a random disorder that we didn't know much about would have come off as insensitive. As time went on, and Mathilde was left behind as a route girl, we eventually decided to use her concept for Erik's own backstory. New research gave us some more insight as to how Erik's conversion disorder could be used in-game, and we felt more confident in using that as a basis for our main character.

Speaking of Erik, we originally had a different vision for his character. Instead of his accident giving him a conversion disorder, we originally thought about giving him retrograde amnesia, allowing us to have a "blank slate" of sorts as a sly jab at the visual novel's "self-insert protagonist" trope. Possible topics we could have covered with this amnesiac version of Erik included personal identity and re-establishing connections with family. We also had the idea of including a sub-plot where Erik remembers a different portion of events that led to him losing his memory depending on what route he was currently on, offering a means of replayability for players to piece together the full story.

Finally, two characters you might already be familiar with: 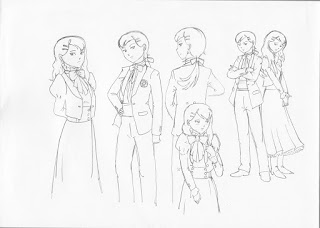 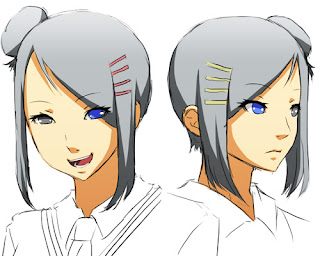 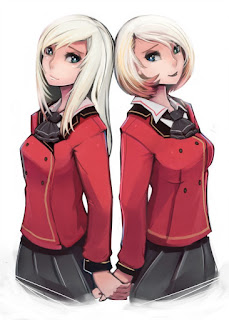 Natalya and Sofiya weren't always the same characters you know today. Their original incarnation as Natalya and Natasha Holm were vastly different, with a strange shared disorder to boot. Folie à deux is a bizarre disorder that is characterized with shared delusions or hallucinations. Originally twins shuttled to various foster homes, Natalya and Natasha grew to depend on each other to a very unhealthy degree, to the point where they required professional intervention. The plans for both of their routes (yes, it was originally going to be two separate routes) explored co-dependency issues, desiring to be your own person, and overcoming feelings of helplessness.

As you can imagine, writers who tried to tackle the twins had a very rough time of it, with most agreeing that it was a very hard pair of girls to write for. Paired with the difficulty of trying to work in a valid mental disorder (which, as of this writing, is no longer in the DSM), the team agreed that a refactor was in order. With the help of a new writer, Kuroe, the twins became the adorable pair you're familiar with today.

I hope you enjoyed this little article about some of our early prototype characters! Stay tuned for our usual Halloween post.